World Kindness Day is celebrated internationally on the 13th of November. It was first introduced in the year 1998 by the coalition of NGOs. It is observed as being a recognized day across the world and this includes countries such as Nigeria, the United Arab Emirates and even Japan as well. Singapore observed the day for the very first time in the year 2009. David Jamilly co-founded the day and in 2010 Michael Lloyd requested that the World Kindness Day be recognized in school’s calendar. In 2012, the Australian request was granted. 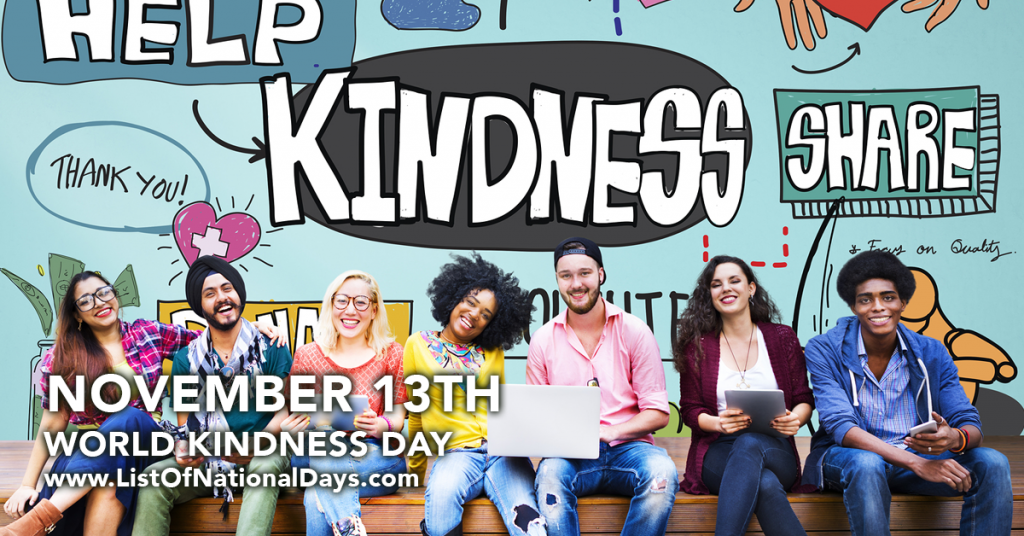 Now, schools across the globe are celebrating World Kindness Day and they also work with NGOs such as the Life Vest In The USA and even the Be Kind People Project. In 2012, Marie Bashir, who is the governor of NSW hosted an entire event at the government house. This was to celebrate the World Kindness Day movement. She even accepted the award- Cool To Be Kind. This was gifted to her by students who were in year 3 and 4.

Canada celebrates World Kindness Day via a concert. In Singapore in the year 2009, over 45,000 yellow flowers were handed out to try and support the movement. At the end of the day, this movement is designed to show everyone else that kindness binds us and that it is a fundamental part of the human condition. It helps to bridge the movement between race, politics and even gender.

Approaches have been made in the past to the United Nations to have it officially recognised. There are also efforts being made to try and create a declaration of support. This is to support the World Kindness movement as it is being synced between countries across the world. There really isn’t a movement like this one. Use the hashtag #worldkindnessday to show your support on social media websites.

“When you arise in the morning think of what a privilege it is to be alive, to think, to enjoy, to love ...” ― Marcus Aurelius, Meditations View all posts by Nat Days

The best resource for national days and holidays. How will YOU celebrate today? #listofnationaldays #seizetheday